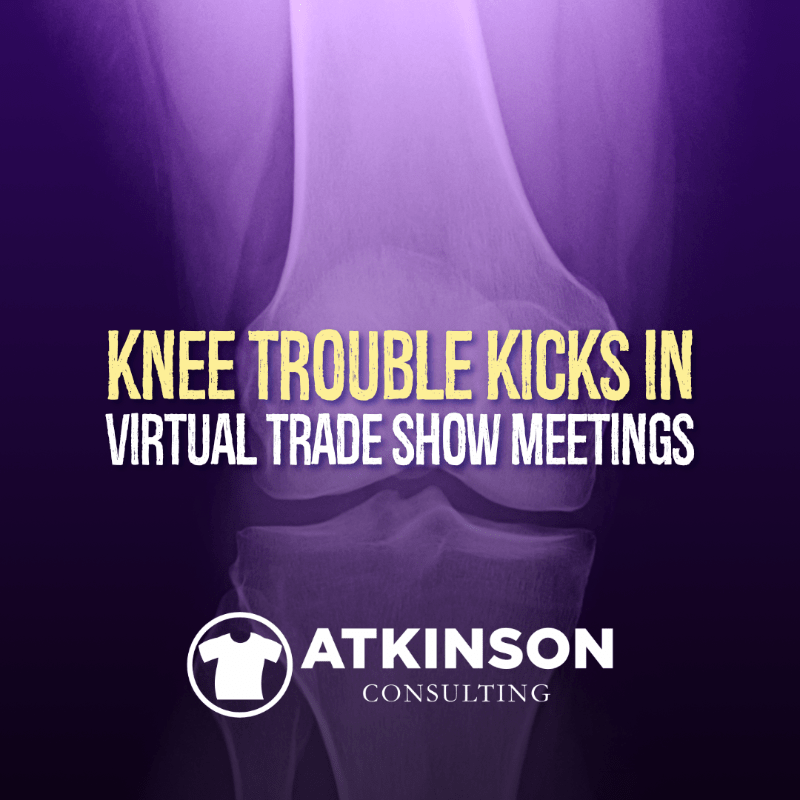 Getting a serious injury is no joke. I should know, as it just happened to me.

Walking out of a parking garage, I stepped up on the sidewalk and glanced around at the restaurant where I was headed. The sidewalk came to a corner, and because I was looking up and not down, I didn’t notice that the sidewalk corner faded down to the level of the street.

My brain thought the concrete would be at the same level as the last step, but instead, it was several inches lower. Like a klutz, I stumbled a little bit, didn’t fall, and just kept walking. (I did look around to see if anyone saw me)

What I didn’t realize is that on the outer part of my left knee something happened. It didn’t hurt then, but by Saturday morning I was in so much pain I had my wife take me to the emergency room.

There wasn’t much they could do for me there, but I did get a prescription for some wonderful pain medication and a pair of shiny new crutches. I needed to see an Orthopaedic doctor, and that would have to wait.

The earliest I could get an appointment was Tuesday, and I hobbled in and my knee was examined by a trained specialist. A series of x-rays were taken, which ruled out several problems. A prescription for an inflammation reducer and an order for an MRI later, we were out of there.

One thing was for sure. Going to SGIA’s Printing United show in Dallas as planned is not going to happen. How can you get on an airplane if you can’t even bend your leg?

It was a difficult decision.

Not only had I scheduled meetings, shop visits, lunches, dinners and plans with many different people…but going to these shows is a fantastic opportunity for me to meet shop owners and other folks. People just like you.

Despite all of that, it just made more practical sense to cancel. I’m incredibly disappointed.

But, I have an idea!

So normally at a trade show I try to make it a point to meet as many people as I can. I like to introduce myself and find out about that other person.

What do they do?

What problems are they having?

What successes have they made?

What’s around the corner for them?

But I can’t do that at Printing United now, because I’m stuck on my couch with an ice bag on my knee. Still gimping around on crutches, waiting for the MRI.

We can still chat. From Wednesday 10/23 to Friday 10/24, you can schedule a 30-minute call with me and talk about your business!

It will be just like we’re standing there in front of a booth yammering away about something. Maybe I’ve already met you. Maybe I haven’t…it doesn’t matter!

I want to hear your story about what’s going on now. Let’s talk shop!

“It’s always funny until someone gets hurt. Then, it’s just hilarious.” – Bill Hicks

“Do not take life too seriously. You will never get out it alive.” – Elbert Hubbard

“Get your facts first. Then you can distort them as you please.” – Mark Twain

Tags:
Talk to Marshall and get his help.
Learn More
Ebook