The Critical Need for (Boring) “Procedures” 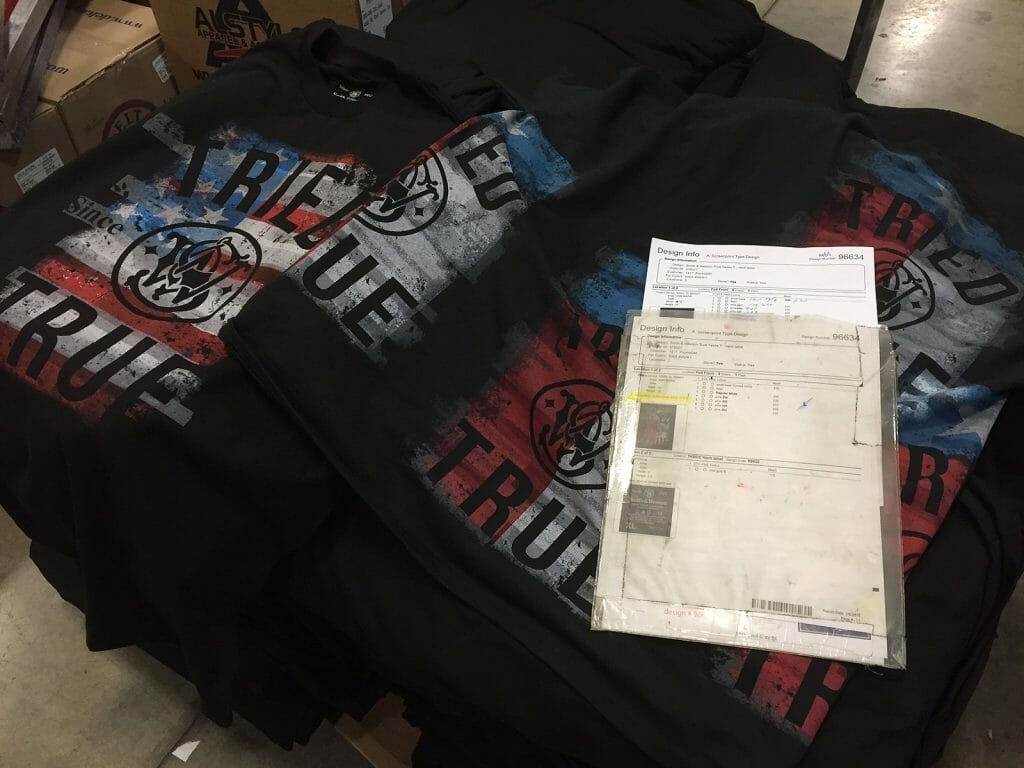 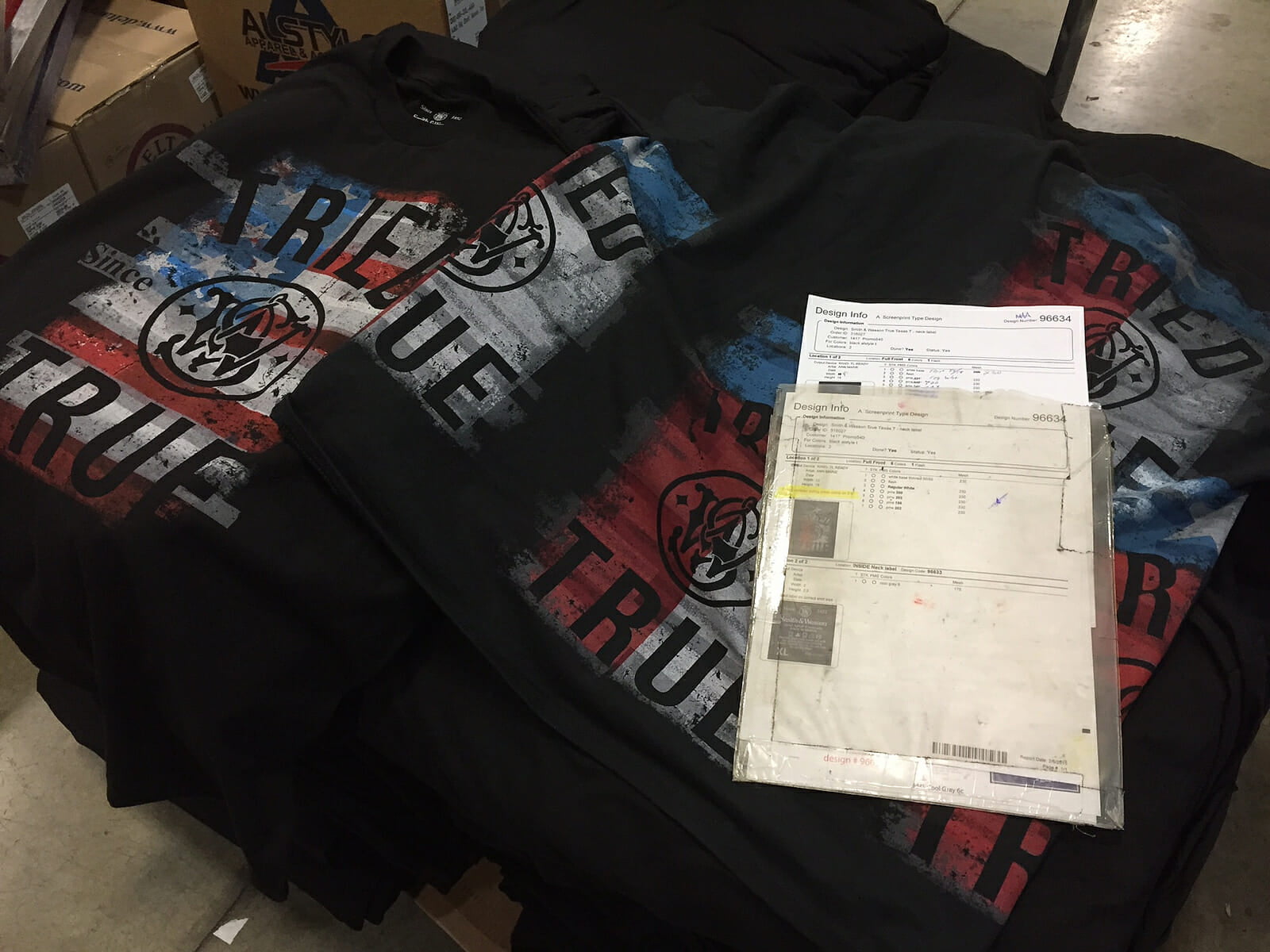 It’s a bit risky to write about a subject that literally will cause massive readership injuries when forehead’s everywhere will collectively slam into the table as readers start falling asleep.  Zzzzzzzzzzz.  Bam!

That’s right.  An article about procedures and why they are important.  Eyelids are already drooping.

Why would anyone write about that?  It’s sooooo boring.  Nobody will read it.  Well, I’ve done crazier things…  Maybe if I make the article funny enough you’ll keep reading.  Who knows you might learn something!

First, let’s explain why I want to write about procedures for your shop.

They are an crucial safety net.  Procedures are all about doing the right things, at the right time, in the right order.  Every time.  It’s the standard that you set for your shop.  It’s how you train your staff.  It is the basis for accountability.  It’s also how you separate yourself from those yahoos down the street.

A little background on the impetus for writing this article.  It starts with a detective story in our shop.

The other day we were in the process of printing a job for a client that was about 1,000 pieces, two locations – a full front and a sleeve.  This job used Gildan 5000 in heather gray, a pretty standard shirt for the industry.  We just finished printing the last pulled shirt for the front location of the order when the catcher for press six waved a floor manager over.

“We’re missing 240 pieces.  All various sizes.  Smalls, mediums, larges, x-larges, and xx-larges.”  So the first thing we do is pull up the order in our system and see that it was received complete.  There were fifteen boxes, and that except for three of them, they were all full cases.

Which is the problem.  We didn’t get full cases at the press, judging by the numbers.

Procedure problem one – the catcher was supposed to double check the inventory counts as she was pulling the shirts from the boxes and laying them out on carts for the crew to print.  This was a newer employee, and she forgot to do that step.  So instead of discovering the inventory count issue before the job was even set up, we found it after the shirts were printed.  Doh!

Procedure problem two – the catcher should have alerted the manager to the problem long before as more and more shirts were coming up short for the order.  Every size was affected.  Problems like this can’t wait until the end of the order.  Staff has to speak up!

So we pushed everything aside and gave the crew a large one color design to print while we solved the mystery.  Gotta keep those presses churning!  (And yes, we had the crew follow procedures and make the last mistake a teachable moment.)

The floor manager bucked the challenge up to our Operations Manager.  He reviewed the situation and walked over to Receiving to discuss with the Manager there.  They pulled the packing slip from our filing cabinet, and the job was checked in correctly.  The person that counted the goods initialed the slip that he counted everything, and checked size, color and style.  Our system notes indicated that fifteen cases were received all from one shipment, who counted them, and that we staged them in our skid area for larger jobs.  All of the documentation was perfect.  Nobody remembered any problems or challenges with the order.  It was very vanilla.  That’s when these guys brought me into the mix.

We toured the production floor.  Maybe some boxes fell off somewhere.  Nope.  Maybe the inventory got mixed up with another order that was using the same shirt color and style?  We ran an analysis in our system.  Nothing.

I kept having a nagging feeling that maybe someone took the shirts, for whatever reason, that was the only way to explain it.  All clues led me to believe that the inventory was here, complete, and ready to print.  That’s because of the documentation and all of the receiving procedures that our crew had followed correctly.  Challenges like these will often uncover that more of your staff are doing things the right way than wrong.  Make sure you acknowledge that when you find it.

So, we went and looked at the video cameras.  The job was staged the day before at the press it was scheduled to run.  We just needed to back up the cameras to the point that the inventory was brought over to the press.  We found it.  With extreme dexterity using the fast forward button, we reviewed several hours of footage of that inventory not moving in just a few minutes.  Nobody touched it after it was dropped off.

Which could only mean one thing.

That’s when the epiphany struck.  One of our owners had now gotten involved and he remembered that the day before he was trying to solve a rush order problem for a client.  They needed an emergency print and didn’t have time for goods to be ordered and delivered.  It all had to be printed today, as it was a one day turn.  Did we have enough Gildan 5000 heather gray shirts on our floor?

He pulled the 240 shirts for this rush order himself after running an analysis in the system to see if we had the inventory.  He figured that the job with the goods wasn’t due for another week, so he had plenty of time to take the pieces that he needed and order replacements.  The problem was that our production team wanted to start printing the original order early, as there was some post production work that needed to happen on that 1000 piece job, and they wanted to give plenty of time to accomplish that step.  I love it when we are proactive!

After the 240 shirts were pulled, an exact set of replacement shirts were ordered.  Which we found sitting in our receiving area.  Actually nobody knew what to do with them, as they didn’t have any details about what order they were for so they were placed in a special area we keep for those mystery problems in receiving.  It’s a purgatory area.

Yes, there was a little good natured teasing about this too.  You should have heard the laughter.  It was funny, but we were all relieved that the mystery was solved.

Procedure problem three – goods were taken from a job but notes were not added to the order so other people could understand what happened.  If a simple note was added, it could have saved us over two hours of crime scene investigation and worry.  Ask yourself how long it takes to type a sentence or two?

Procedure problem four – goods were ordered as replacements, but notes were not added to the purchase order to indicate what they were for.  Our receiving team didn’t know what to do with them.  Everyone needs instructions.

In any company challenges like this occur on a regular basis.  Stuff doesn’t go right.  Problems need to be solved.  If things get out of hand long enough, a new procedure should be written and everyone agrees to work in a new way to prevent problems from occurring again.

In our case, a small comedy of errors led to the challenge but teamwork and cool heads resolved the issue in the end.  We just needed notes entered into our system, which would have communicated the right information to other staff members so they could make better informed decisions.  Simple enough, right?  The trick obviously is getting everyone to follow the plan.

I should also point out that nobody got upset.  There wasn’t any drama.  No finger pointing either.  Some good natured ribbing or teasing in the end…sure.  But that’s because our work culture is professional and teamwork based.  How would your staff react to the same circumstance?

Today’s takeaway lesson for you is to think about your own procedures in your company:

It’s all about getting better.  When challenges come up, of course solve them, but use the circumstance as an opportunity to grow and improve.  Review with your team and write a new procedure or policy to eliminate the possibility of the problem reoccurring.  The next step is harder, as you have to train and insist that everyone follow the procedure.  When you standardize the work, everything gets easier and more efficient.