Skip to main contentSkip to footer
Home » The Illusion of Perfection

The Illusion of Perfection 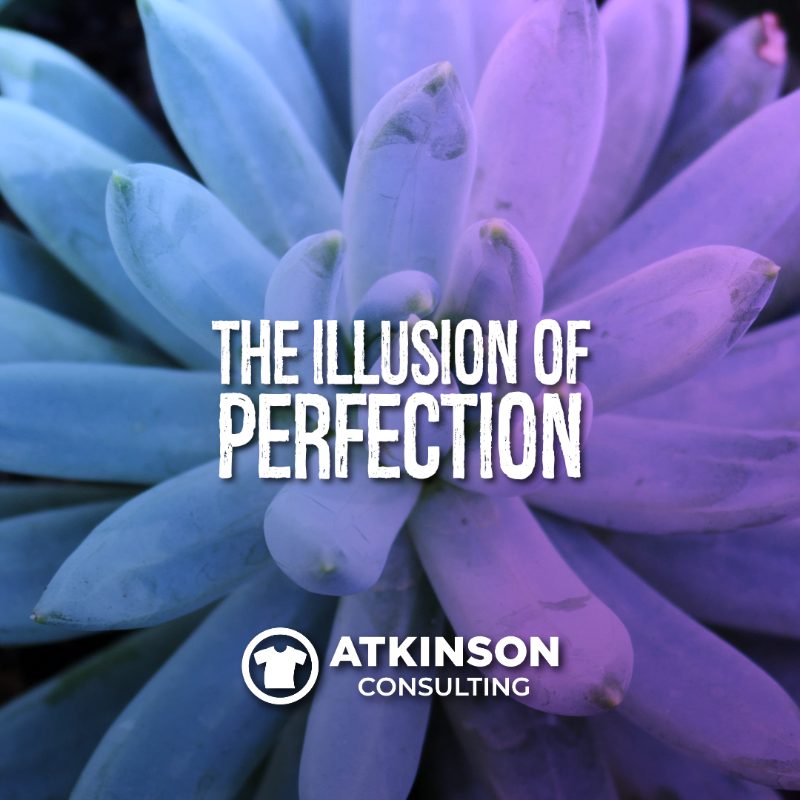 Perfection. We all want it. Strive for it. Lust after it. Even demand it.

In the 2009 movie Avatar, the mining company in the film was obsessed with getting a rare mineral. Unobtainium. This was an old engineer joke that director and screenwriter James Cameron wove into the tale.

The same can be said for the perfection that we constantly seek in all things. It is unobtainable. But that doesn’t matter to some folks.

People literally freak out if what is in their mind’s eye doesn’t match up exactly with what is before them.

I once had a customer pitch a gigantic fit because the left chest prints on their t-shirts they just received varied from the left or right, up or down by as much as five to eight millimeters.

That’s about the width of a pencil.

None of the shirts were misprinted, crooked, or in any other way problematic. It was simply that they were off to that slight degree. They used engineering calipers to compare shirt to shirt for the entire 200 shirt print run.

“None of these are even remotely the same!”, they said. They wanted a full refund.

After explaining and actually sending them a video of the handloading process on a press, they calmed down.

But the fact remained that the element of perfection in their mind did not match up with the reality of production. In case you are wondering this was for a plumbing company.

Another great example is with designers from advertising or marketing agencies that don’t fully comprehend production.

How many times have you received the artwork for an embroidery order that has micro lettering? Or maybe a screen-printed design that is supposed to wrap around the bottom of the shirt? And let’s not forget the file that uses 27 spot colors.

Sure, there are ways we can produce these jobs…but not with the methods requested or the price quoted.

In their mind, the customer created something that was perfect. It was submitted and approved. The order and money were taken. The job was booked. Now, it’s up to the production team to wrestle it to the ground and make it work.

What you fail to realize is that when you solve one problem, another set of problems will come with the solution. That perfection you seek is an illusion because there is always something behind that new opportunity that is going to need attention.

It’s like the unseen prize for playing. You trade one set of problems for another. Except, most times you don’t know what is behind door number three until later.

I think the cause of a lot of challenges lately is that what we see “out there” has been categorically filtered, edited, and manufactured to appear to be as perfect as possible. As humans, we’re wired to buy into that.

Sometimes you have to accept that the reality in front of you is the best that someone can do.

Maybe There Was A Mistake

The mistake could be that we didn’t do a good enough job explaining how the shirts were printed and loaded onto the press by an actual person and not a robot. The width of a pencil is actually widely acceptable in location placement from shirt to shirt usually.

Or what is achievable with our decoration process earlier in the sales discussion.

Maybe even discussing the downside of improving something or the consequences of what that might mean to other stakeholders in the company?

Yep. Nobody stopped to consider what might happen when you change something.

The Next Time You Think About Perfection

So the next time you think about perfection, and how something didn’t measure up, reconsider that just maybe:

Words of advice…take a chill pill. Talk about it for a minute.

“Perfection is not attainable, but if we chase perfection we can catch excellence.” – Vince Lombardi

“Have no fear of perfection – you’ll never reach it.” – Salvador Dali

“Pleasure in the job puts perfection in the work.” – Aristotle